END_OF_DOCUMENT_TOKEN_TO_BE_REPLACED

This week we find out all about the man behind the witty Early Morning Club tweets – we know this dad loves a GIF, but he also loves the NHS, dicking around on his playstation and his rockstar wife.

1. How did you feel during your partners pregnancy? Being a man, pregnancy is a peculiar and slightly baffling time. I knew that something was going to happen but as my tummy wasn’t growing and I wasn’t feeling any other physical changes, I did feel slightly removed for the first 4-5 months. During that time my wife was still active, her tumtum wasn’t huge and she thankfully had a very straightforward pregnancy. Our daily lives didn’t change much at all! It wasn’t until I started feeling him kicking that I felt more engaged with what was happening. The barely perceptible taps of baby’s movements turned into almighty thumps over the coming months and as our house started to fill with baby paraphernalia, I realised that the time was coming!

2. How did you feel during labour? Honestly, I have never felt more useless and helpless! My wife was in labour for 32hrs and she was in pain for the vast majority of that time. It was tough, knowing that there was literally nothing that I could do to help. I remember walking around the deserted halls of the hospital at 3am, trying to get baby to move. My wife could only walk about 20 paces before being doubled over in pain from the contractions. All I could offer was to rub her back a bit and try to stop her from falling over. Seeing the person you love in so much pain is a horrible feeling and even though the moment my son arrived was beautiful and life-changing, the hours before were just miserable. As we were in hospital for a relatively long time, it also made me appreciate the incredible work done by the NHS staff. Everyone was remarkably attentive, professional, friendly and helped to talk us through a stressful situation, full of unknowns.

3. How did you find the early days with your newborn? Nothing can prepare you for the first few days with a newborn. Before baby arrived, I remember reading something that said newborns sleep for around 16-18hrs a day. Naively, I thought that this sounded brilliant and that my paternity leave would consist of catching up on a bunch of shows, then napping for as long as I wanted. It turns out that babies are REALLY DEMANDING and need constant attention! My little lad is now 3 weeks old + he is still basically a full time job for the 2 of us!

4. What would you change about your partner during pregnancy, labour and babies early days? Absolutely nothing. Before our baby was born, you hear stories of women in labour being properly mean to their partner. Despite being in horrible pain, my wife didn’t swear at me or tell me that this situation was all my fault. In fact, she has been a total rockstar in the 3 weeks since our son has been born. He’s currently very attached to his Mum and views me as a bit of an irrelevance. I’m hoping that will change, but for now my wife is working hard every hour of the day, helping to give our mini-human the best possible start in life.

5. What were your main concerns before you became a parent? I have never really been around babies. If a friend or family member had a baby, we’d go for the obligatory visit and at some point, baby would be thrust into my arms. I acted as if I’d just been given a small nuclear bomb and the smallest movement would set it off. I could not have been more awkward if I’d tried! I always felt that babies were these tiny, fragile little creatures who are on the cusp of breaking at any minute. Combined with my slightly clumsy nature, I thought that there was potential for disaster…or at least for a clip of me nearly dropping baby to end up on You’ve Been Framed. With everything I could have been worried about, it seems so trivial but it was something that was always in the back of my mind. Now, 3 weeks after birth, I’m writing this with my son asleep on my chest. Safe to say, I’ve gotten over my fears!

6. How has parenthood changed you? I’m 35 which probably makes me older than the average first time Dad. We have a dog, and since 2011 he has received all of our love and attention. Our little puppy has been on so many adventures and has enjoyed trips all over the UK. As much as I love him, it reached a point in life where I wondered what life would be like with a small human-shaped creature who could verbalise their enjoyment, rather than showing enjoyment by urinating on everything. So…we acted on this lack of additional human and formed a perfect little blob of DNA who we can nurture and love, filling his world with experiences and happiness. My little boy is only 3 weeks old, but I have learned plenty in that time…mainly revolving around sleep and how it’s somehow possible for a human body to function with practically no sleep. The main thing I’ve learned is the art of selflessness. Now we have a little lad, my needs come after those of my baby, wife and puppy. I’m still learning and I’ll never be perfect…but I’m trying to be the best Dad, husband and puppy parent that I can be!

7. What did you think of your partner’s body during pregnancy? Before my wife was pregnant, I don’t think I gave pregnant women the respect that they deserve. My wife was positively glowing during her pregnancy. From the back, you’d have no idea that she was pregnant and for the most part she had a lovely neat little bump. Knowing that she was growing and nurturing our own little human made me felt so proud of her. Although there were days she’d struggle to find anything to wear and could no longer see her own toes, she was doing something incredible by giving our little boy the best possible start in life. She did such a good job of being pregnant that he had no intention of being born + FINALLY made it into the world 13 days after his due date. I feel that he gets his laziness from his Dad!

8. Did you fully support your partner in pregnancy- ie; stop drinking, not eat things she couldn’t etc? In the early days of pregnancy, my wife downloaded an app where you could enter a food + it’d tell you whether it was safe to eat. It seemed that EVERYTHING was potentially harmful, but I think that’s just because the app makers didn’t want to be sued. If we’d organised mealtimes from the app, we’d have eaten like Oliver Twist. We did adapt meals and just stopped buying things that could be bad for baby. I feel that if we regularly ate entire wheels of Brie for dinner, it could have been an issue…but replacing something like Feta in a recipe didn’t really give me sleepless nights. I didn’t give up alcohol, but as I’m not a big drinker, my wife didn’t have to worry about finding me slumped at the bottom of the stairs, covered in my own piss + with my trousers and pants around my ankles.

9. Was there one thing that you were always in trouble for? You’d probably have to ask my wife this question, but I feel like I was relatively well behaved during the whole pregnancy. I’m sure that I could have sometimes prioritised feeling my baby move over dicking around on the Playstation…but I don’t think I was too bad. There’s a chance that I should have been in trouble for a total lack of self-awareness though! Along with the pregnancy, we moved from London to Leeds as my job relocated. The move took place while my wife was 7 months pregnant, so along with the baby we had to move house and settle in a new city. There were probably times when I was whizzing around trying to get stuff sorted for the move when I should have been more attentive to my wife…but I felt a responsibility to my little family, making sure that the relocation was as stress-free as possible. From the experience I learned that a house move, relocation and pregnancy should not be attempted at the same time. 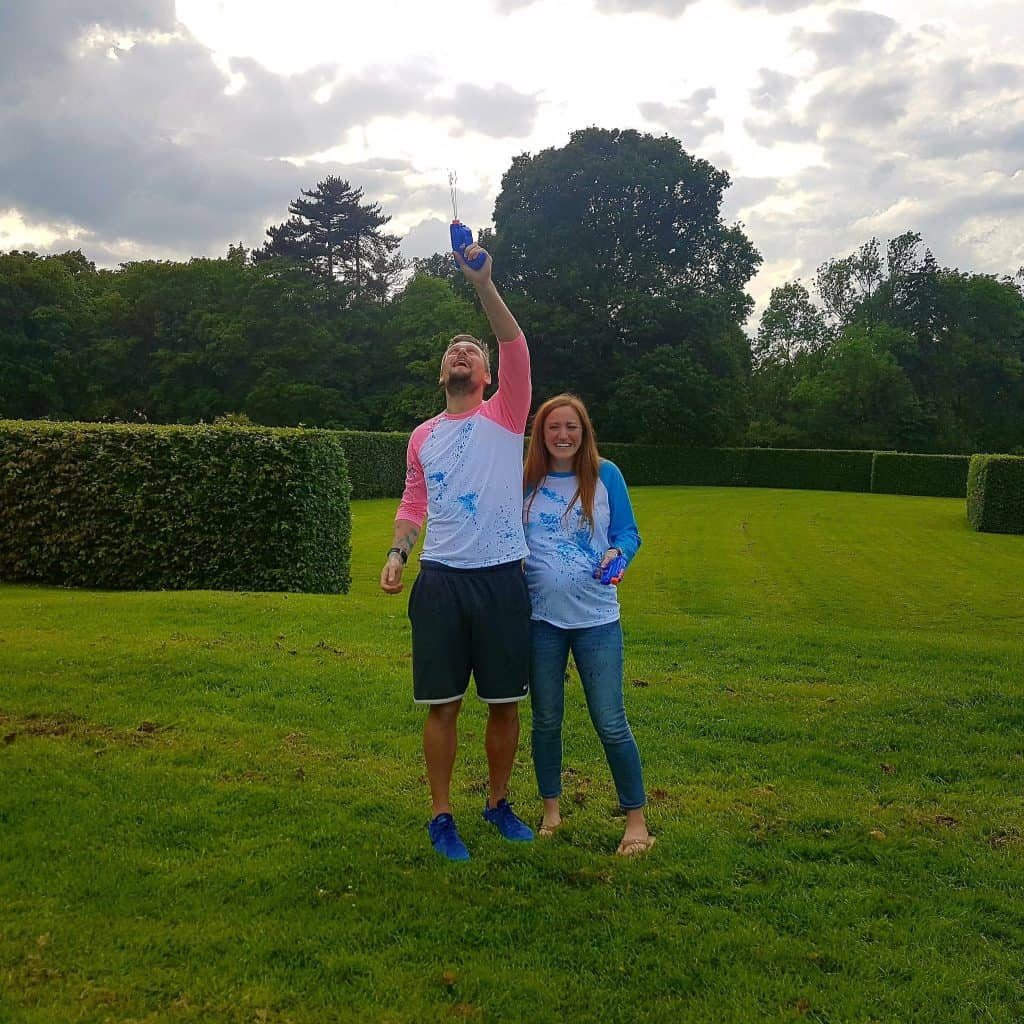 Want to join in my dad series just like Early Morning Club? Take a look at some of my other dads here and if you want to be featured – get in touch here! 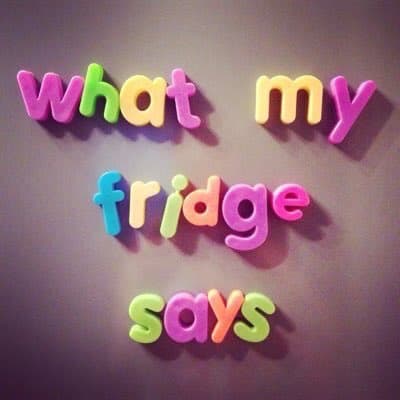 Interview with Lucy from What My Fridge Says..

Interview with Emma from Our Fairytale Adventure