Where we’ve been today | Pennyhill Park

END_OF_DOCUMENT_TOKEN_TO_BE_REPLACED

First year as a first time mama | 12 months of Sofia

I haven’t blogged in almost a year, partly because I can never think of anything to blog which may be in the slightest bit interesting…. it’s pretty self obsessive this blog business isnt it?! But also because the rare free time that I get I tend to prefer nosying on Facebook, playing Candy Crush or watching utter trash on TV.

However, leading up to Sofia’s first birthday made me think about the things that I have learnt this past year since becoming a mum, so now I’m on a train and I’ve exhausted Facebook snooping so I thought I’d share my ‘First Year as a First Time Mama’ post…..

× Kids are brilliant objects to dress up. Shame there’s not more events throughout the year that require fancy dress outfits.
× In the grand scheme of things, putting on a bra and make up is not that important.
× Your time is no longer your time. You can bet your bottom dollar that the moment you boil that kettle, pour the steaming water over that teabag, think about taking a first sip…the nap will just end.
× You can’t just ‘pop’ anywhere.
× You find petrol stations that have pay at pump so you don’t wrestle with the dilemma of wake the sleeping baby and carry them in, or leave them in the car and fear child abduction.
× Every time I take a shower I hear a crying baby; even if theyre not in the house. I think it’s correct term is shower psychosis.
× Pushchairs take up valuable shopping space in your boot, if you even make it to the shops.
× I didn’t think it possible, but I’m even later to things than before. Especially work… but babies are a pretty good excuse I suppose. Though, there’s only so many times my daughter can ‘be sick all over me so I had to change…that’s why I’m late’. (Hope my boss doesn’t read my blog).
× People ask ‘Is he a good boy?’ – annoying anyway because what exactly  is ‘good?’. And also she’s a girl.
× People also say ‘I’ve never seen a boy dressed in pink, I suppose it’s pretty modern these days isn’t it?’. Yes,  I suppose it is if you’re a sloaney, but I’m not. And he’s a girl.
× Sleep is for the weak. Who needs a lie in past 7.30 anyway?
× And for all you non-parents, there are no amount of hangovers, even seven day long ones combined with five all nighters.  That will ever EVER be as horrendous as four months sleep deprivation.
× Health Visitors, on the whole, are pretty useless. They can’t give personal advice they read it from a book. So, how about we stop these weekly visits as I can just find out the answers to my questions on Google.
× Speaking of which, Google’s actually a bit of a no-no. You’ll end up diagnosing an imminent cot death or a brain tumour. And that’s just us parents!
× I’m pretty much on first name terms with every doctor at the local surgery.
× I cry at absolutely everything. Quite a lot.

There are so many things I’ve learnt in my first year as a first time mama; it’s definitely been a (to quote an X Factor cliché) rollercoaster ride. But it’s been the most amazing rollercoaster in the World ride. Seeing my tiny little baby for the first time after a few seconds born develop into a big chunk with a cheeky little personality has been far better than I ever could have imagined.

Life before her; sure it had more sleep, more alcohol, more cigarettes and more time to do whatever…but who wants the easy life when you can have some little munchkin blowing raspberries at you and laughing in your face when you’re trying your hardest to keep a straight face when saying ‘No’?

I think the next year might be just as crazy! 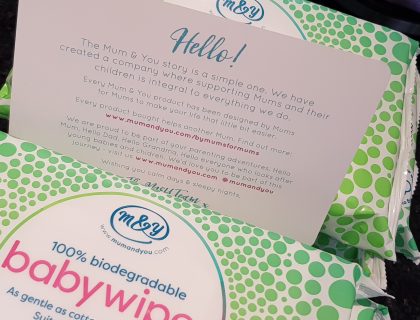 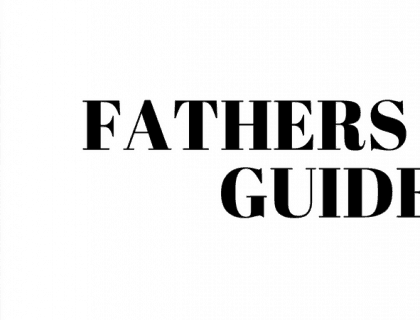 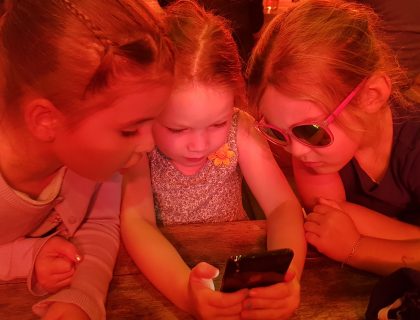 ‘I’m bored’ | How much screen time is too much?

Reply Lessons I Have Learnt Since Becoming A Parent | Guest Post Series | The Prosecco Mum – FROM RACHAEL CLAIRE 20th January 2018 at 3:19 pm